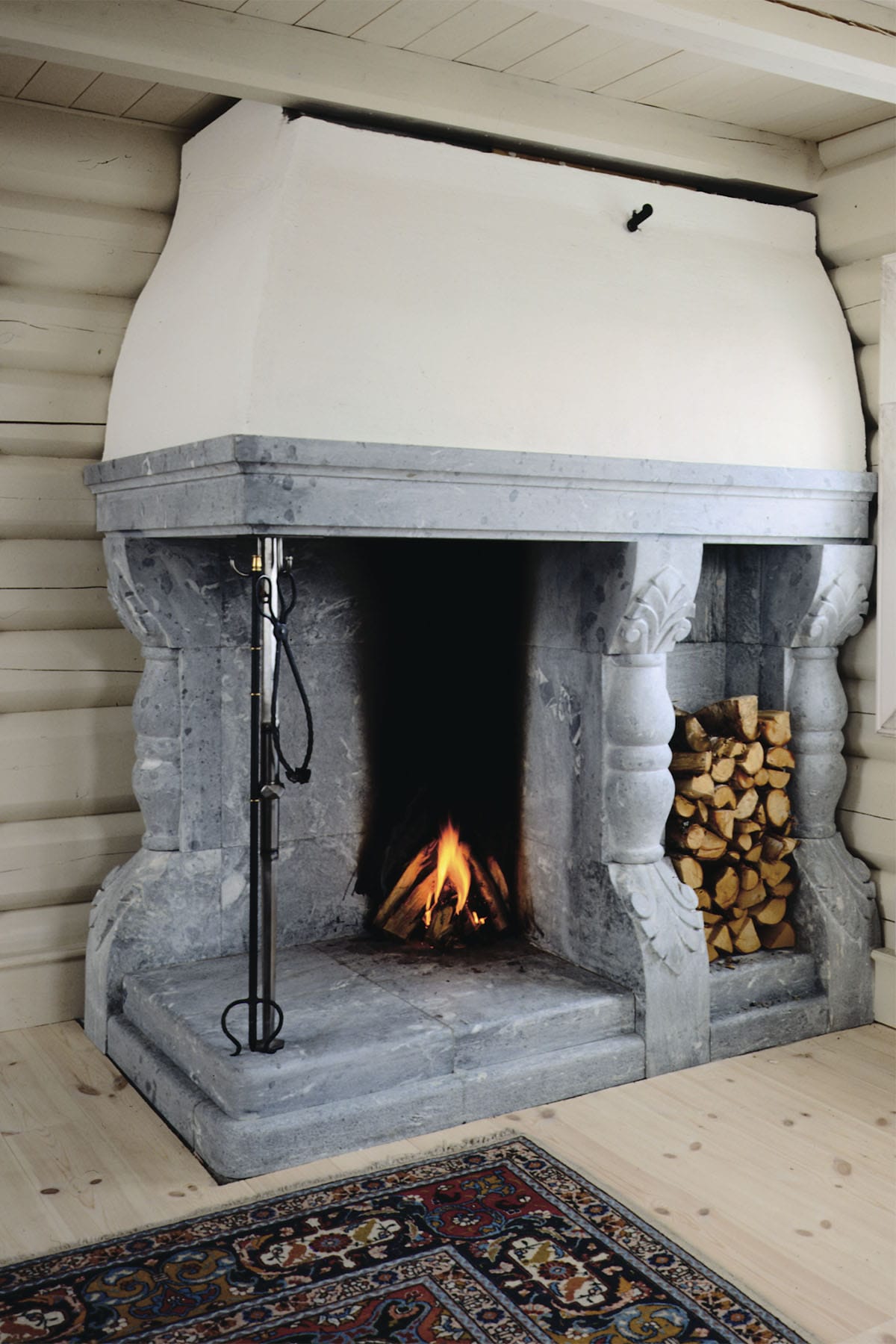 Open fireplaces and hearths made of solid soap-stone are a quintessential feature of homes in several dales in Norway. In the 19th century, they were also popular in town mansions. In the old days, pine root (fatwood) was normally used in such fireplaces because of its high viscosity and energy density, making it easy for the heat to be trans-ferred to the soapstone. In this way, even an open soapstone hearth could be relatively efficient. Today, we are still making open hearths and fireplaces in the same way they were made hundreds of years ago. Such fireplaces are still popular in cabins. In addition to traditional open fireplaces and hearths, we also make modern versions, often according to a drawing from an architect or customer. We bring such drawings to life based on our knowledge of fireplaces and stone. The fireplace produced is a unique product made with the help of modern computer-controlled machines combined with craftsmanship. Our production staff have been trained in the discipline over many generations. In this way, the knowledge is developed and passed on over the centuries ensuring an unparalleled, high-quality product.

If you plan to build a house or cabin, we recommend contacting us at an early stage in order to have the opportunity to obtain a charming soapstone fireplace. During construction, factors such as foundations, air supply, chimney size, firewalls and space requirements can all be taken into account.

Copyright © 2019 Norsk Kleber AS • Designed and developed by Dialecta kommunikasjon